Art Nouveau is an elegant decorative art style characterized by intricately detailed patterns of curving lines. Somewhat rooted in the British Arts and Crafts Movement of William Morris, Art Nouveau became popular across Europe and in the United States.

Art Nouveau remained popular until about the time of World War I, and was ultimately replaced by the Art Deco style. Artcyclopedia - http://www.artcyclopedia.com/history/art-nouveau.html

Events that shaped the arts from 1850's to 1914.
See Impressionist and Post-Impressionist for additional events. | Top

1851 - The Great Exhibition opened in London's Hyde Park in the Crystal Palace, a million square feet of glass on a framework of bare iron forming its walls and roof. The Great Exhibition celebrated the height of civilization to which the whole of mankind had risen (WH, pp. 546-547).

1854 - After 250 years of almost no contact with the industrialized countries of the world, American Commodore Matthew Perry coerced Japan into opening it's doors to Western trade and diplomacy (WH, p. 584).

1859 - Englishman, Henry Bessemer developed a less costly way to make steel. He forced blasts of hot air through the molten iron to burn out impurities. Bessemer began using his new "blast furnace" in 1859 in his factories at Sheffield (WH, p. 594).

1865 - Lewis Carroll's first edtion of Alice's Adventures in Wonderland appeared. Both Tenniel, the illustrator, and Carroll condemned the book because the pictures were printed poorly. Some of these 2000 copies were given by Carroll to hospitals and institutions where he thought the book might be enjoyed and some were sold in America. It was six years later that Through the Looking Glass was published (http://www.victorianstation.com/authorcarroll.htm).

1889 - The invention of the electric elevator made possible a new kind of building for crowded cities -- the skyscraper.

The Eiffel Tower is built for the Paris World's Fair. However, the controversial tower elicited some strong reactions, and a petition of 300 names -- including those of Maupassant, Emile Zola, Charles Garnier (architect of the Opéra Garnier), and Dumas the Younger -- was presented to the city government, protesting its construction. The petition read, "We, the writers, painters, sculptors, architects and lovers of the beauty of Paris, do protest with all our vigour and all our indignation, in the name of French taste and endangered French art and history, against the useless and monstrous Eiffel Tower."

1893 - Great Britain - Aubrey Beardsley design published in the first issue of the magazine The Studio.

1900 - When the authorities planned to open the brand new Parisian metro in 1900, a design competition was organized for the entryways kiosks. A certain Hector Guimard, young architect of 32 years old, who had adapted Art Nouveau, (he discovered and learned in Brussels from Victor Horta) won the contest. Guimard's idea was to brighten up a little bit the daily monotony of the crowds going to work, jammed in public transports.

1901 - William Knox D'Arcy, a British speculator, made a deal with the shah of Persia, paying him a share of the profits in exchange for the right to drill oil wells in Persia (WH, p. 669).

1908 - D'Arcy made the first oil strike in the Middle East. Soon his company, the Anglo-Iranian Oil Company, controlled the industry in Iran (WH, p. 669).

The trans-Andean railroad between Argentina and Chile opens.

The Portugese monarchy ends after a revolution in Lisbon.

Edward VII of Great Britain dies and is succeeded by his son, who is crowned George V.

1911 - A revolution in China ends the 267-year Qing dynasty and introduces liberal reforms. Nationalist leaderSun Yat-Sen returns from exile and is elected president of the new republic.

The Supreme Court orders the breakup of John D. Rockefeller's Standard Oil Company, citing the monopoly has engaged in unreasonable restraint of trade in the oil industry.

Sarah Bernhardt - "The Divine Sarah", is the woman who is perhaps most responsible for popularizing the classic mousquetaire style of glove in America and Europe during the late 1870's and early 1880's. http://www.geocities.com/michelelynn5/sarah.html

Sarah Bernhardt made her first successful film, a hand-colored two-reeler of La Dame aux Camellias, better known to American audiences as Camille. She flat-out did this for the money, an impressive $30,000. Co-starring her new young discovery Lou Tellegen, the film attracted a higher class of audiences to the moving picture houses. One critic wrote that "Bernhardt is the perfect mistress of gesture, pose and expression, and the pictures make the story thrillingly plain." (http://www.classicimages.com/1997/june/bernhard.html)

1912 - New Mexico and Arizona are admitted as states, the last new states to be admitted to the union until 1959.

The Titanic sinks on its maiden voyage after hitting an iceberg in the North Atlantic. 1,513 passengers are lost, 711 are rescued.

Pravda first appears as the official publication of the Russian Communist party.

In the movie industry, Universal Pictures is founded by several film producers including German Carl Laemmle, who later heads the company (http://www.historychannel.com/).

The Armory Show in New York introduces cubism to the United States. Among the artists shown are Marcel Duchamp, whose Nude Descending a Staircase shocks visitors.

The Sixteenth Amendment permits Congress to levy a graduated income tax, the beginning of the era of regular personal taxation.

The ballet Rites of Spring premieres in Paris with choreography by Vaslav Nijinsky. The audience riots over Igor Stravinsky's dissonant score.

Coco Chanel opens a boutique in Deauville, France. Her styles and use of knits revolutionize women's fashion.

Built by Cass Gilbert, the Woolworth Building opens in lower Manhattan. At 60 stories, it will remain the world's tallest building until 1931 (http://www.historychannel.com/).

1914 - World War I breaks out in Europe after the assassination of Archduke Ferdinand of Austria, catapulting most of Europe into a cataclysmic conflict within months.

U.S. forces invade the port city of Vera Cruz in Mexico in response to ongoing anti-American acts in the revolution-torn country.

Mohandas Gandhi returns to India after 21 years in South Africa and begins a non-violent campaign against British rule.

After ten years of work and 30,000 casualties suffered in its construction, the Panama Canal opens to shipping traffic.

Irish author James Joyce publishes his collection of short stories, Dubliners, followed shortly by his novel, Portrait of the Artist as a Young Man. 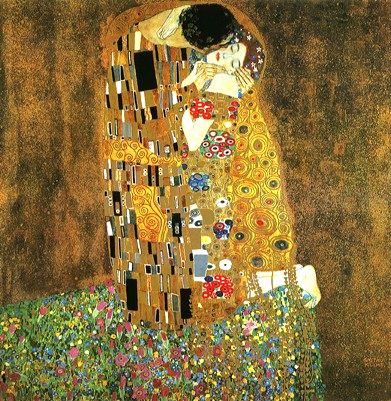 Aristide Maillol - Torso of the Monument to Blanqui - 1905 -
http://www.ocaiw.com/nmaillol.htm