An early twentieth century art movement which ridiculed contemporary culture and traditional art forms. It was born as a consequence of the collapse during World War I of social and moral values which developed to that time. Dada artists produced works which were nihilistic or reflected a cynical attitude toward social values, and, at the same time, irrational-- absurd and playful, emotive and intuitive. Less a style than a zeitgeist, Dadaists typically produced art objects in unconventional forms produced by unconventional methods. Several artists employed the chance results of accident as a means of production, for instance. Literally, the word dada means several things in several languages: it's French for "hobbyhorse" and Slavic for "yes yes". Many artists associated with this movement later became associated with Surrealism (http://www.artlex.com/ArtLex/d/dada.html).

"Hey, hey, young man - Dada isn't an art-trend but an anti-art movement, a radical cultural revolution, as a response to World War I ! Dada supported all types of misunderstandings and confusions; as a principle, out of a mood, as a fundamental opposition!" - http://www.mital-u.ch/Dada/index.html

Dada was initially manifested by a group of German artists who had gone to Zurich to escape World War I. They later split up into two groups with one returning to Berlin, while the other went to Paris. There were also many associated manifestations of Dada throughout the world, and in particular New York. The Parisian manifestation of Dada eventually evolved into Surrealism.

Unlike the Italian Futurists before them who saw constant warfare as a means to create a culture that existed for art, the Dadaists proposed an anti-art that would destroy culture and therefore war. In this regard, at the Cabaret Voltaire, a hangout for pacifists and Bohemians of the day, Hugo Ball (1886-1926) invented a form of anti-poetry in 1916:

I have invented a new genre of poems, Verse ohne Worte, (poems without words) or Lautgedichte (sound poems), in which the balance of the vowels is weighed and distributed solely according to the values of the beginning sequence.

Ball is often cited as the 'inventor' of sound poetry (http://cadre.sjsu.edu/switch/sound/articles/wendt/folder6/ng65.htm). 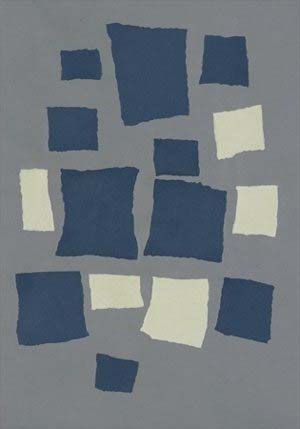 Jean Arp - Arrangement according to Laws of Chance (Collage with Squares) - 1916-17 -
http://www.moma.org/collection/drawings/arp_arrangement.html

Art is a fruit that grows in man, like a fruit on a plant, or a child in its mother's womb. - Jean Arp

DADA is a virgin microbe
DADA is against the high cost of living
DADA limited company for the exploitation of ideas
DADA has 391 different attitudes and colours according to the sex of the president
It changes -- affirms -- says the opposite at the same time -- no importance -- shouts -- goes fishing.
Dada is the chameleon of rapid and self-interested change.
Dada is against the future. Dada is dead. Dada is absurd. Long live Dada.
Dada is not a literary school, howl.