An abstract art movement founded in Russia in 1913. Constructivism swept away traditional notions about art, believed that it should imitate the forms and processes of modern technology. This was especially true of sculpture, which was "constructed" out of component parts using industrial materials and techniques. In painting, the same principles were applied within a two-dimensional format; abstract forms were used to create structures reminiscent of machine technology and were suspended in space in almost architectural fashion. Although "pure" Constructivism was current in Russia during the early years of the Revolution, its aims and ideals have been used by artists throughout the twentieth century (The Art Book, p. 506).

After the 1917 Revolution, the Russian Avant-Garde leapt into the service of the new Bolshevik regime. It seemed to promise just the sort of break into a new world, and sweeping away of the old, that they had been working for in art for years. They produced political posters, organized street pageants and fairs, and, most notably, carried out the design of the country's great public spaces for anniversary celebrations of the Revolution. Caught up in the new regime's emphasis on the importance of industrial power, they began to bring to composition a sense of the rationality and technological focus of industrial work and design. Constructivism, as this style is known, continued to evolve into the late 1920s, when the conservatism of the Stalinist state renounced the Avant-Garde in favor of Soviet Realism (http://www.geographia.com/russia/rusart01.htm).

International Constructivism refers to the optimistic, abstract art that emerged in Europe in the 1920's. Constructivism was an invention of the Russian avant-garde that found adherents across the continent. Germany was the site of the most Constructivist activity outside of the Soviet Union (especially as home to Walter Gropius's Bauhaus, a progressive art and design school sympathetic to the movement) but Constructivist ideas were also carried to other art centers, like Paris, London, and eventually the United States. 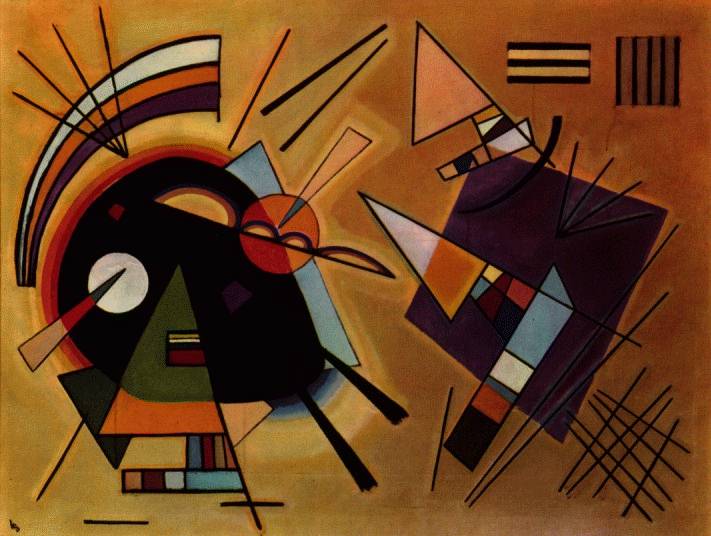 1910-1940 - Between 1910 and 1940, there were as many as 175,000 Chinese immigrants detained and processed at Angel Island, San Francisco Bay, California. Unlike Ellis Island in New York's harbor, Angel Island is a visible reminder of a shameful period in U.S. immigration history (http://www.sandiego-online.com/forums/chinese/htmls/angel.htm).

1910, October - Mexico - Madero issues the Plan of San Luis Potosi, dated October 5, the last day he had resided in the city. The plan called for armed rebellion to begin against Diaz in November. Madero actually issued the plan from San Antonio, Texas. Officially the revolution begins.

1911-1913 - Indonesia - Throughout history, the bubonic plague had never before spread to Java. Tens of thousands died of the plague in 1911-1913, and it was twenty-five years before the disease was eradicated from Java again, after extensive campaigns against rats (http://home.iae.nl/users/arcengel/Indonesia/1910.htm).

1912 - The Lena Goldfield Workers and the Massacre of 4 April 1912. By all accounts, the Lena goldfields massacre marked a turning point in post-1905 Russian history. Reaction to news of the shooting was fierce and prolonged, quite similar to that of Bloody Sunday, 9 January 1905. Strikes and demonstrations swept the country, public opinion rose in outraged voice and socialists as one inveighed against the evil tsarist-capitalist regime (http://www.econ.uiuc.edu/~slavrev/upenn/fall94/melancon.html).

1914 - WWI starts with the assassination of Archduke Ferdinand of Austria (http://www.co.sarasota.fl.us/historical_resources/history/timeline2.asp).

1916 - The nobility in Petersburg so tired of the interference of Rasputin in court life that they conceived a plot to kill him. This murder, which took place in 1916, is probably well known to all: Rasputin was poisoned, shot several times, beaten, and thrown into a frozen river before he finally succumbed. The Tsar and Tsaritsa were deeply grieved by his death and believed it to be an evil omen. They may have been correct, as the Tsar was forced to abdicate early in the following year, and the entire family was killed in 1918 (http://www.oberlin.edu/~rbaxter/biography.html).

1917 - Russian Revolution, violent upheaval in Russia that overthrew the czarist government. In Apr., 1917, Lenin and other revolutionaries returned to Russia after having been permitted by the German government to cross Germany. The Germans hoped that the Bolsheviks would undermine the Russian war effort. Lenin galvanized the small and theretofore cautious Bolshevik party into action. The courses he advocated were simplified into the powerful slogans “end the war,” “all land to the peasants,” and “all power to the soviets.” (http://www.factmonster.com/ce6/history/A0860858.html)

1918 - German-Russian Brest-Litovsk treaty ended World War One on Eastern Front. Bolshevik Party secret resolution and expression of opposition. When the war ended on the Western front, Russia disavowed its own treaty of peace with Germany (http://www.uoregon.edu/~kimball/sac.1917.1920.htm#1918no11).

1919 - Indonesia - There was some confusion in Indonesia as to what "communism" really meant, which led to such unusual concepts as "Islamic Communism". Many common people joined such movements in the 1920s. They used the mass organizations that grew around Communist slogans to express their dissatisfaction with colonialism and the conditions of life. Some Islamic leaders were happy to see the Communists leave (or be thrown out) of organizations like Sarekat Islam. Other leaders, such as Sukarno, said that all organizations should cooperate in the struggle for independence; that Islam, Communism, and nationalism could work together as long as none of them upset the overall harmony of the movement (http://home.iae.nl/users/arcengel/Indonesia/1910.htm).

1919 - France. Versailles peace conferences took place over a six month period. None of the defeated Central Powers were invited to the conferences, and the ex-ally Russia, now a revolutionary Soviet state, did not participate. The angry, insecure and (except the USA) damaged allies set out to remake Europe on their own (http://www.uoregon.edu/~kimball/sac.1917.1920.htm).

1919 - Das Cabinet des Dr. Caligari is the masterpiece of German Expressionist film. One of the most admired and influential motion pictures of all time, Caligari has achieved the status of a cultural icon. Even those who have never seen the movie immediately recognize the haggard forms of Conrad Veidt as Cesare and Werner Krauss's Caligari, a representation of crazed totalitarianism foreshadowing the advent of the Third Reich (http://fas-www.harvard.edu/~art/caligari2.html)
coincidence - the sources of inspiration for this presentation come from an eye-opening visit to the Simon Wiesenthal Center - Museum of Tolerance, a prophetic look at the upcoming millennium, an on-going discussion about artists' expression of the times, and a deep-rooted desire to provide a forum for collaboration.- http://www.writedesignonline.com/gallery/coincidence/program.html

1921 - New Economic Policy (NEP), official economic reconstruction program of the USSR from 1921 to 1928. It replaced the economic policies of “war Communism” (1918–21), an emergency program established by Lenin during the civil war. The new program, (NEP), signified a return to a limited capitalist system. Forced requisition of grain was replaced by a specific tax in kind; peasants could retain excess produce and sell it for a profit. Smaller businesses were permitted to operate as private enterprises. Large industries remained under state control. They operated on the open market, but the state controlled the fixing of prices and the appointment of boards of directors. Private trade and wages were restored, and compulsory labor service was abolished. By 1928, the NEP had raised the Soviet national income above its prewar level (http://www.factmonster.com/ce6/history/A0835400.htm

1922 - Mahatma Ghandi is sentenced to 6 years for civil disobedience (http://www.co.sarasota.fl.us/historical_resources/history/timeline2.asp).

After these revolts, Communist activity lessened greatly or went underground. Many leftist leaders, including Tan Malaka and Musso, spent years overseas. Within a few years, the mass movements were gone, and instead the Communist presence consisted of a few cadre who were mostly loyal to orthodox Marxism and Stalin's Soviet Union (http://home.iae.nl/users/arcengel/Indonesia/1910.htm).

1928-1932 - Joseph Stalin launched the first Five-Year Plan; it was designed to industrialize the USSR in the shortest possible time and, in the process, to expedite the collectivization of farms. The plan, put into action ruthlessly, aimed at making the USSR self-sufficient and emphasized heavy industry at the expense of consumer goods (http://www.factmonster.com/ce6/history/A0818831.html).

1931 - British free Gandhi, on hunger strike and agree to discuss his demands (http://www.co.sarasota.fl.us/historical_resources/history/timeline2.asp).

1932 - As unemployment developed, support for this alliance grew, perceived as the only alternative to communism. In the presidential elections of 1932 Hitler gained some 13 million votes, exploiting anti-communist fears and anti-Semitic prejudice, although Hindenburg was himself re-elected (http://www.xrefer.com/entry/226195). 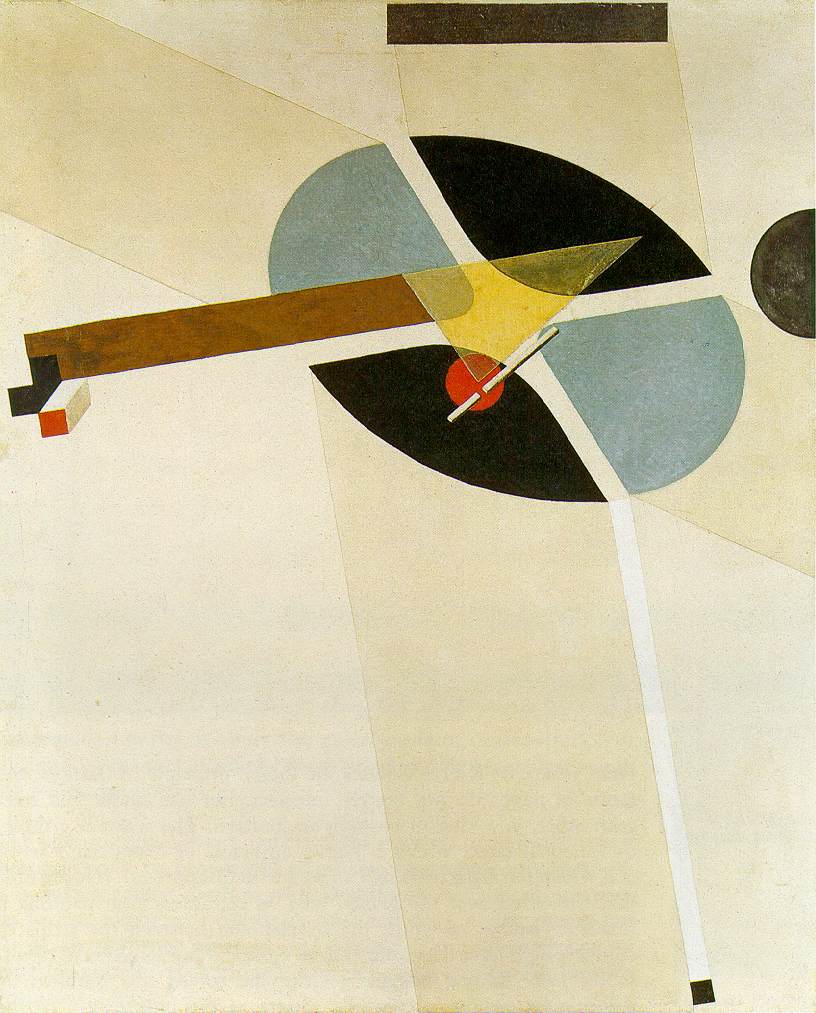 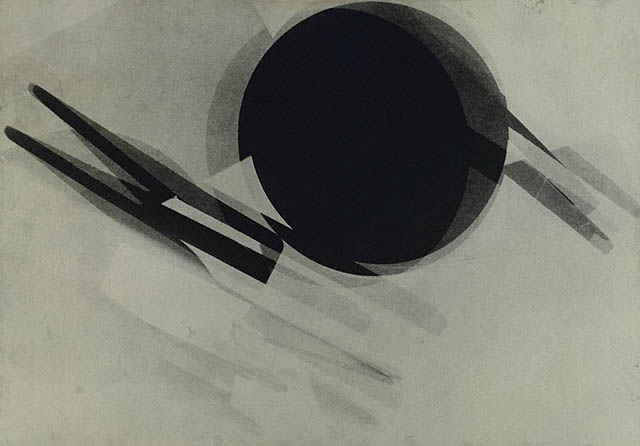 Worth checking out: Drawing Prompts - Each artist link provides an opening representative image suitable for drawing by students. Additional images and information are also provided to help students explore the vast posibilities of artistic expression.